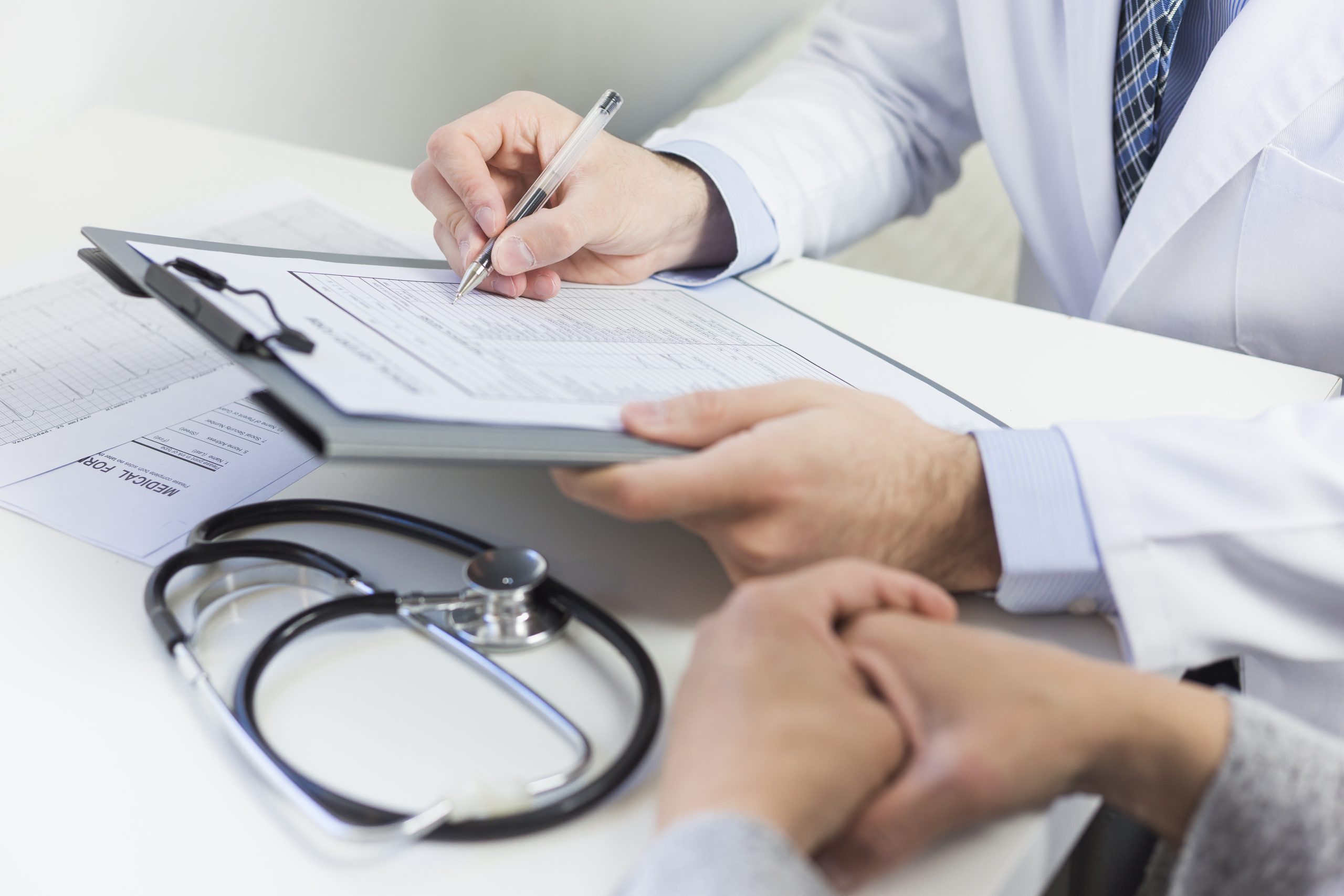 Most of you reading this don’t need to hear that the American healthcare industry is dealing with an amazing amount of uncertainty.  After more than a quarter-century in the healthcare business, on both the payer and provider side – it’s a tough time no matter what jersey you wear.  The left and the right of the political spectrum have no credible plan that can pass to repeal, replace, repair, reason, or rationalize health policy – the divisions are as deep as ever.  With that said, it may be foolhardy to make predictions, but I’m going to do it anyway.  Before you send me hate mail, I’m not advocating for anything here, but just sharing what I see and hoping that you find it interesting and helpful.

The trend toward employment has been unabated for years.  I remember reading about the day when more than half of US physicians were employed versus independent.  At the time, I was the CEO of Renaissance in Philadelphia, an IPA that was truly an ACO – long before the term had been coined.

We’ll see the acceleration of employment for three major reasons:

ACOs have provided a safe harbor for now, and so long as these new entities take root and become sustainable themselves, these may provide an alternative to employment.  However, the future of the PPACA and the economics of ACOs will require ACO leaders and boards to monetize these assets in ways that haven’t been done heretofore.

Expect to see closures accelerate and M&A become much more common.  Years ago, when I entered the business, it was very common to have local healthcare companies – HMOs were the model then. In the 90’s and 00’s, Aetna (my employer at the time) went on a buying spree as did United and Anthem and others.  Today, the top five insurers have a combined $330 Billion in Revenue, a huge portion of the health insurance market[1].

Despite the rapid consolidation in the health insurer space, the hospital industry remains largely fragmented.

According to the American Hospital Directory, there are about 3,900 non-federal, short term, acute hospitals in the US.[2]    Yet as illustrated below, it takes the top ten to reach 20% of the total hospital market (noting that the math includes the VA is in the numerator and not in the denominator – given that it is a federal system – corrected for that the top 9 non-federal systems combined would represent a mere 16% of the market).

The same forces that drove the health plan consolidation are the same that will accelerate hospital consolidation – scope, scale, purchasing and negotiation leverage.

Recently, I had the opportunity to have dinner with a few people from a blue chip strategic advisory company.  The uncertainty in the healthcare market coupled with the reductions in reimbursement from government and commercial payers have resulted in a surge in demand for their services. They stated that many hospitals are facing such bleak futures that strategic mergers, acquisitions and divestitures may be the only remaining options for hospitals that remain relatively financially stable.  Many smaller isolated rural hospitals will be simply reduced to closure, without some significant policy change from the Federal level.  Given a lack of clarity or consensus in Washington, a cogent plan from the Federal government seems remote at best.

Healthcare to become a Drag on the Economy

Expect to see the US economy slow down, but not for the reasons you may think.

It’s a well-worn narrative that the US spends more than 17% of the GDP on healthcare.  As I once argued in a previous article, this isn’t necessarily a bad thing.[3]   Healthcare dollars may well be the most ‘domestic’ dollars of any product or service, e.g. the healthcare dollars tend to stay in America, unlike almost every other industry.  The industry is labor-intensive, and that labor is skilled labor with well-paying jobs (think doctors, nurses, technicians, pharmacists, etc.).  If the industry shrinks (regardless of whether you believe it should or should not) it will have an adverse impact on the economy and unlike a shrinking market in cell phones, autos, or transportation – the impact of a shrinking healthcare sector means jobs lost are almost exclusively American jobs rather than global jobs.  In other words, the impact is much more acute.

So what forces are acting to slow or potentially shrink the healthcare industry?  There are several, but the net effect is a shift from higher paying employer sponsored healthcare coverage to lower paying government programs and uninsured populations.  Let’s think about this in terms of coffee…

Let’s say that you sell a large coffee for different prices to three kinds of customers.   In the graphic you can see that in the Good Old Days, everyone bought large coffees and while the prices were different depending on the customer, you would sell $99.50 in sales.  Then you start seeing people retiring. So the commercial customers shrink and they become Medicare customers.  That shift means that you’re selling the same amount of coffee, but your revenues have declined to $96.00.

Worse, your commercial customers decide they need to tighten up the coffee budget, so some start to buy smaller sizes of coffee, resulting in sales dropping to $93.25.  (The analog here is higher deductibles, larger co-pays, etc.)

Note, this is revenue… all the while coffee beans are increasing in costs and the labor to pour a small versus large coffee is the same (please don’t do a time study – that only works if the capacity is at 100%).

This simple model is a great example of what’s happening in the hospital space.  The choices? Raise the price per cup and risk accelerating the move to the small sizes?

As Washington continues to reduce the funding for Medicaid as well as Medicare, more people become uninsured and the payer mix for hospitals and physicians will shift to lower paying government program reimbursement.  The effect is to reduce the average reimbursement paid to the hospitals. To counter that, hospitals and larger physician groups typically try to mitigate the dilution of revenue by negotiating more aggressively with commercial payers.

However, commercial payers lack great choices; if they acquiesce to higher hospital payments, they will see increases in costs and necessarily premiums.  Employers and employees tend to avoid the rising costs of insurance, leading employers to exit the health benefit market and/or employees choosing to forego electing coverage as to put more money into their paychecks.  With higher levels of uninsured and costs to the remaining payers rise to offset the uncompensated care.  We’ll also see contraction in the healthcare delivery space and the impact of lost jobs on local economies will ripple through the nation.

Hospitals are frequently the largest employers in their regions, and the employees tend to buy homes, eat at restaurants and buy consumer products in their communities. The simple fact is that like every industry, one person’s costs is another’s revenue.

As such, we have two risks to the economy:

It is less important which scenario is the catalyst because regardless how it starts, one will feed the other in a potentially vicious feedback loop.

Medicare for All Will Make Some Headway

I’m not predicting passage here, only that this alternative is likely to be more seriously considered as we head into 2020.

While this approach will face gale force headwinds, an increasingly agitated electorate, increasing fissures in PPACA and a need to do something – heck, anything, will ensure that this plan gets traction from more than just the left. Centrists policy makers will start to see that expansion of Medicare (a program that American’s actually like) is politically palatable, and certainly more so than anything that’s crossed the aisles for the past decade.

The Phone Will See You Now

Rapid adoption of wearables, online diagnostic tools, artificial intelligence and online support services will provide an increasing Do It Yourself (DIY) set of solutions for self-care.

The state of tech today is modest, but will follow the Moore’s Law curve in the coming years. IBM’s Watson is already Dr. Watson, crushing vast amounts of clinical data into analyses, insights, and customized plans of care for patients.  As AI power grows more accessible and ubiquitous, your phone may be your go to place for care.

Imagine a world where every study, the medical records of billions, and the outcome data on treatments is processed at quantum speeds. You can see how your AI powered apps will solve ever more complex health issues.   Near term, these programs will assist medical professionals as physician-decision support tools, but as people grow comfortable, expect to see frustrated consumers begin to seek alternatives to the byzantine healthcare scheme.

There are some arcane rules and regulations that will need to be overcome to truly rationalize this model.  The moat around states is one area that requires fill dirt to allow practitioners to be unencumbered by state lines, as an example.

Healthcare has always been a lagging industry for technology adoption and advancement.  While you can book a table for dinner with a tiny little restaurant, in most cases you still can’t book a medical service without calling and hearing ‘if this is a medical emergency, dial 911’. Ok, so that’s it – let the comments begin!  Seriously, I know that there are many smart people in this industry who may see it different and I’m not an ideologue nor dogmatic person.  I love to hear reasoned arguments to the contrary.