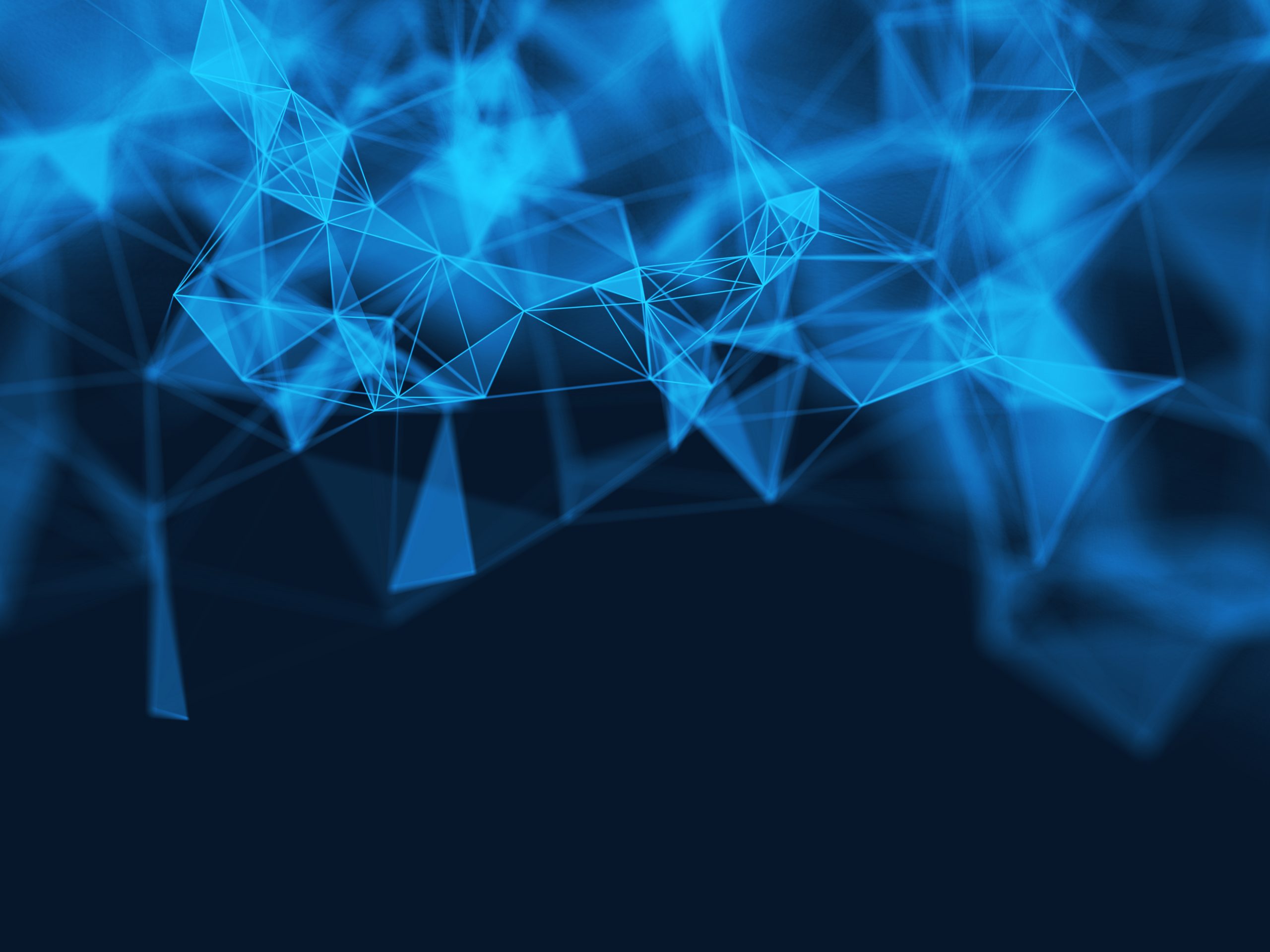 Care management models operate within the constraint of limited resources relative to huge demand. Out of necessity, we adapt and use Pareto principles and spend most of our time on a tiny fraction of the entire population. Sometimes we talk about solutions for rising risk, but caseloads and limits on human systems make the idea of reaching everyone impractical as well as cost prohibitive – but what if we could reach everyone?

There are a number of technological developments that are rapidly coming into view that will surprise most of us – not only for the technological leaps in capabilities, but also the speed at which these developments will work themselves into our professional and personal lives.

Here are four that are going to accelerate the applications of new technologies, not in decades, but in just a couple of years. Many of these have come into reality already.

Speeding on the Information Highway

Imagine that you’re running late. You open the door to go to your car, but the sky is cloudy; you think to yourself “should I take an umbrella?” You open the weather radar app on your phone, but all you see is the agonizingly slow rendering pixel by pixel. Is it your phone? Did Apple issue another IOS release? (sorry…too soon?)

Or is it your service – perhaps as you scan the Verizon, you note that AT&T isn’t Sprinting as fast as you might like. If so, it’s because you’re on 4G or – (gasp) 3G connectivity. As soon as later this year, you’ll be seeing 5G or the fifth generation of telecommunications for mobile devices and it will be the backbone communication model integral to the Internet of Things (IoT).  5G will be a significant leap in performance. If you were an unfortunate soul trying to pull a movie down over 3G, it would take 26 hours. When we got 4G, we received a huge improvement with that same movie requiring only 6 minutes to download a 2-hour flick. With 5G, it’ll be viewable 3.6 seconds. Not quite Telsa fast – but pretty close.

AT&T has already announced 5G rollouts for a dozen cities later this year.[i]

Most of what we can do with new tech can be done with today’s computing capabilities. We can build algorithms and certain machine learning capabilities, but when we contemplate full potential of intelligent machines, we’re going to need a quantum leap in computing.

The concept of quantum computing was created over forty years ago and depending on your sources, you will get either that this is vapor or you’ll get that the world is on the verge of an incredible breakthrough in computational power.

In the latter view, these computing systems will be so powerful that in just a few years, a single machine will be as powerful as all the super-computing machines in the world. A year or two after that, the machines will be able to solve a problem in moments. That same problem would take a classical computer all the time that has ever existed since the big bang – or 14 billion years.

There are functioning machines in various places – D-Wave, Google, and IBM have all touted their successes in developing these machines. In fairness, these exotic devices are still lab creatures and not yet free in the wild.  The big question is when the migration from fascinating lab experiment to full-on commercial application occurs.

There are those that predict it will take decades, but that seems so incredibly dismissive of the gains that have already been made in many other areas where exotic tech became ubiquitous in just a few years. My now 23-year-old daughter had just turned 14. She was incredulous that all her friends had cell-phones and she had not gotten her first one yet. When in a fit of frustration, she said I was being unfair, she asked me “So when did you get your first cell phone?” She paled a bit when I said: 39 (she loves it when I tell this story).

The first iPhone launched just ten years ago – think of how much has changed in those ten years. The original iPhone had 4 or 8 Gigabytes of data storage. Now we have 64 to 256 GB options. The original chip ran with a clock speed of 412 MHz, while the new A11 chip is 2.35 GHz. This is nearly a six-fold improvement in processor speed – in a phone.

Quantum computing will be to classical computers what microprocessors are to the burnt stick on a cave wall. As for the controversy, just look at who is in the space and who is spending money on it. When Google, IBM, Goldman, and Barclays – as well as Samsung, Microsoft, and a dozen others are all putting time and money into development, it seems like there is some there-there.

These computers are very exotic systems – requiring operating temperatures that are colder than the vacuum of space, where atoms and their components nearly stop moving. The computations are not based on ones and zeros in a sequence of processing, but rather a murky probabilistic wave of the most likely answer and every other less-likely answer arrayed nearly simultaneously. No, you won’t have one in your pocket anytime soon, but increased communication speeds mean that access to a qubit processor will make the location of the devices irrelevant from an effectiveness perspective.

Even if Quantum computing is not mainstream in the near-term, the advances in classical computing, data management, and application development will still move us lightyears ahead in months and years, not decades. Moore’s law remains the law of the land (as it were) with computational power doubling every couple of years.

A few weeks back, the FDA cleared AliveCor’s Kardia[iii] device as the first consumer wearable that delivers clinically accurate EKG results. As you may have read, there are two devices. One device looks like a metal business card where you place two fingers from each hand on each side of the device; with Bluetooth capabilities, it talks to your phone and captures an EKG reading. You can buy this thing for a C note, and another hundred for the annual monitoring subscription. If you want even more convenience, you can opt for a watchband that has a small device that looks a little like the ‘bit’ part of the first Fit Bit. That device will be just under a couple hundred bucks.

There are connected IoCTs emerging almost every day. We already have spirometers, scales, blood pressure cuffs (and a cool little BP device that snugs up on a finger and is half the size of a writing pen), glucose monitors, thermometers, water bottles (that measure the volume of water consumed and report that back – think about bariatric surgery patients and the number one reason for readmission). Rather than just keep the list running, imagine that ANY device that captures data can evolve to a connected clinical device.

Artificial Intelligence without all that Buzz

Stephen Hawking and Elon Musk have warned us of our impending doom from intelligent machines and Sophia[iv] backed them up by ‘joking’ that her goal was to destroy the world. So, while I would never argue with the smartest man alive nor one of the most entrepreneurial people on the planet – I would say instead that before we become fuel for the engines of destruction, there’s a reasonable chance that we will have a period of high-performing smart machines to help mankind. You know, before they kill us.

The major limitation with machine intelligence comes down to two big problems: data processing computational speed. Sophia seems nice, but she appears to have been, perhaps the first intelligent robot to visit Colorado with no desire to – well – see Colorado. Her speech is slower than you’d expect and she pauses a little longer in her responses as well as facial expressions. Remember that guy in college who got the joke 8 seconds after you told it, slowly revealed a smile, then a look of comprehension before laughing and saying, “Wow man, that was AWESOME”? Sophia may be his little sister, but I digress. In defense of intelligent machines, they operate on chips that are still underweighted for the tasks of complex reasoning, abstract concepts, discerning the subtleties, and processing the vast amount of data in an on-demand way. It’s why the continued advances of classical computing will be eclipsed by quantum computing.

Still, in the near-term, we don’t require intelligent machines. We merely require current technology to operate complex algorithms developed by clinical teams and IT professionals to drive remote monitoring systems and collect, calculate, store, analyze, and respond to data captured by the IoCTs.

With these advances, some that are here now and others that are arriving in the next 24 months, we could fundamentally change the way that we manage the huge numbers of patients. At least until Sophia kills us all (sigh).

Think Inside the Box

Imagine if for every patient with a clinical condition, we could assemble a collection of connected devices that would help the clinical team monitor the specific vital signs of the patients that they serve. Bluetooth scales would go home with patients who have Congestive Heart Failure, Spirometers with COPD patients, and Glucose monitors for Diabetics. Everybody gets a tablet or big phone with 4K video to make it possible for a video consult.

Clinical Process Models would be transformed from human actions to computational algorithms. Module oriented programming would be used to execute a care plan in an automated way. Only when the machines receive unexpected data responses would the machines reach out to their human counterparts for that human touch.

With the computing power, sophisticated algorithms (eventually true machine learning) and high-speed communications enabling big data transfers (think ultra-HD video consults), we could get eyes on many more patients. Clinicians would be able to focus their time on the patients with immediate needs. The power of such solutions would allow care teams to work at the very top of their license automating all the other mundane tasks that are not clinical but administrative in nature.

Patient outcomes would almost certainly improve since the monitoring should provide early warnings of impending crises. The cost of care would drop for the same reason.

For the most part, we have what we need to make this happen today, at least in pilots to develop comprehensive plans. We’ll be looking at this in western North Carolina.

If you struggle to figure out how to leverage your clinical teams, to care for more of the people in your community, maybe it’s time to think inside the box?

[ii] Here I thought I had coined a new term, but the folks at Oracle beat me to it. Those folks are quick J